One of the most important Holy Week celebrations in Andalusia is the one held in the town of Cabra (Córdoba), a event declared of National Tourist Interest since 1989.

The celebrations are preserved and maintained thanks to the work of the 27 brotherhoods and confraternities that exist in the town, all of them associated with the General Association of Brotherhoods and Confraternities. The devotion and work of these brotherhoods is a fundamental element for the survival and maintenance of the acts and processions that take place throughout Holy Week. Some brotherhoods date back to the 16th century, at which time this type of groupings had a great expansion in Spain; thus, for example, the brotherhood of Vera Cruz was founded in 1522, being the oldest of those that are preserved today.

This town has unique elements, some very old that preserve traditions that have been able to survive over time. One of the singularities is that it offers processions every day, from Palm Sunday to Easter Sunday. The procession that opens Holy Week is the Procession of the Palms that leaves the convent of the Madres Agustinas Recoletas, accompanying the image that is popularly known by the name of La Pollinita, and in which a large number of children participate. It is not the only procession of this day. In the afternoon they process the Misterio de la Oración en el Huerto, Lavatorio  and Virgen de la Misericordia

On Monday new processions make their appearance, among which we can highlight the Via Crucis de la Sangre, escorted by the sound of drums and accompanied by the Chapel of Sacred Music of the town. The same thing happens on Tuesday and Wednesday. In the first of them comes the Brotherhood of the Santísimo Cristo de la Sentencia en sus Burlas y Coronación de Espinas  with a throne in which the figure of Christ dates back to the 18th century; on Wednesday they procession the image of the Virgen del Buen Fin, the work of José María Oriol from 1991 and the Brotherhood of Nuestro Padre Jesús de las Necesidades, with an image of the Crucified Christ from the 18th century. 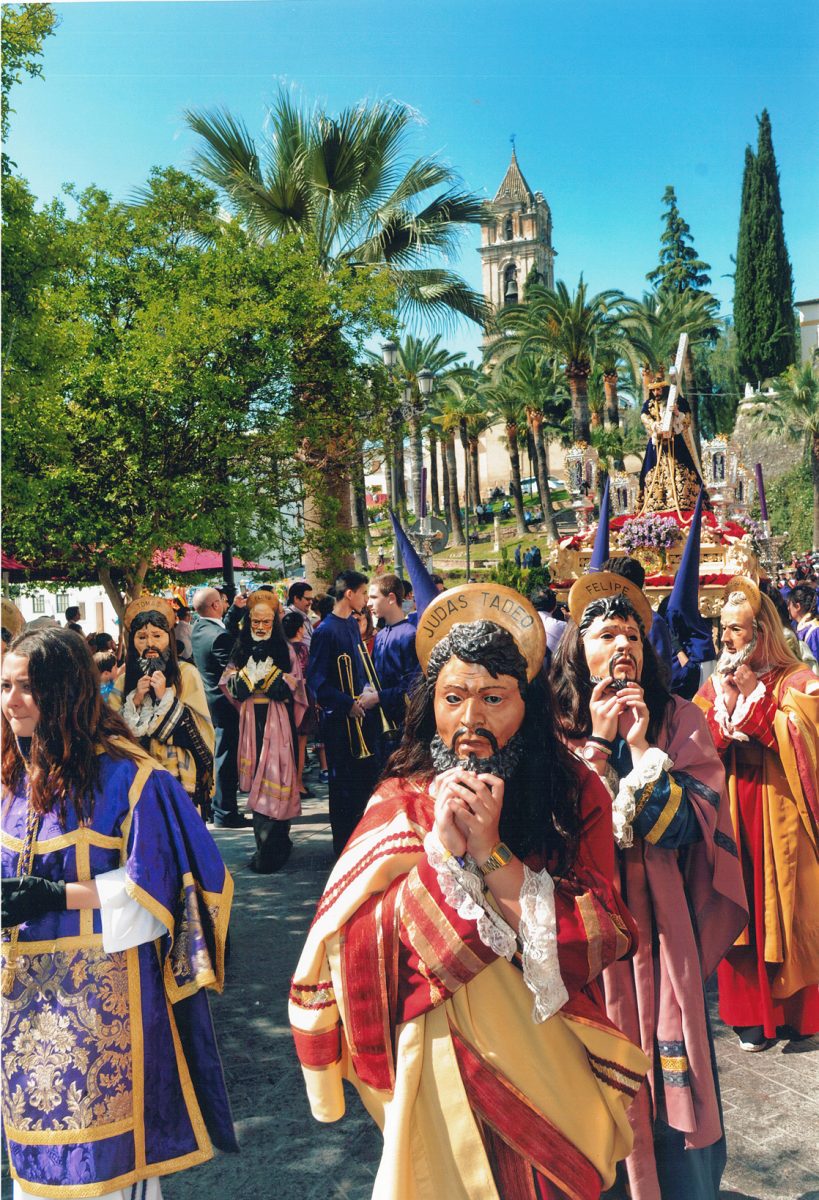 On Thursday the events begin at dawn with the Via Crucis del Cristo de la Expiración. In the morning the procession of the Virgen de la Piedad is celebrated. This afternoon brings together several such as that of the Vera Cruz brotherhood with the image of the Virgen de los Remedios of the seventeenth century and the passage of Jesús Preso, a procession that is popularly known as the Cristo de las Multitudes due to the large number of public that gathers; the Archicofradía de Nuestro Padre Jesús de la Humildad y Prisión, with a magnificent sculpture by Nicolás Salzillo; the Brotherhood of Nuestro Padre Jesús Amarrado a la Columna y azotes, Nuestra Señora de la Caridad y San Juan Evangelista; and the Brotherhood of Nuestra Señora de la Esperanza.

On Holy Saturday we can also enjoy processions. In the morning the Virgen de la Soledad leaves and, already in the afternoon, the procession of the Hermandad de Nuestra Señora del Socorro with the image of its owner does.

On Easter Sunday, organized by the Association of Brotherhoods and Confraternities, we can enjoy the last procession with the image of the Jesús Resucitado, the work of José Antonio Cabello Montilla.

The song of the saetas should also be highlighted, being a meeting place for singers of this genre and undoubtedly one of the attractions of these processions. Demetrio Bisset draws attention to the conservation in the town of a type of saeta known by the name of primitive, a typology of this song that has been disappearing but is partially preserved in this town after a recovery process that began in 1994 .

Also noteworthy is the presence in the thrones of these processions of the beautiful gold embroidered mantles that carry some images in a craft that has been preserved in the town and that is, without a doubt, some of the most unique elements of this cultural heritage.

The city of Cabra offers us, in addition to its Holy Week, many other attractions such as the castle of Arab origin that presides over the town and its walled enclosure, the Church of the Asunción or the Church of the Remedios, or the Archaeological Museum and the Passion Museum, to name a few examples of its rich heritage.

We can also enjoy an environment and a landscape of great value that we can travel from its paths that include a greenway, discover its karst landscape and enjoy observing the many species of fauna and flora that we can find in the surroundings. As a curiosity to also say that in the jurisdiction we can find a large number of ammonite fossils that, in addition to their uniqueness, are an excellent tool to be able to know the geological evolution of this territory.

Easter is undoubtedly an excellent time to discover this town, but its numerous and varied resources make visiting Cabra, at any time of the year, an excellent option for lovers of art, heritage and nature.