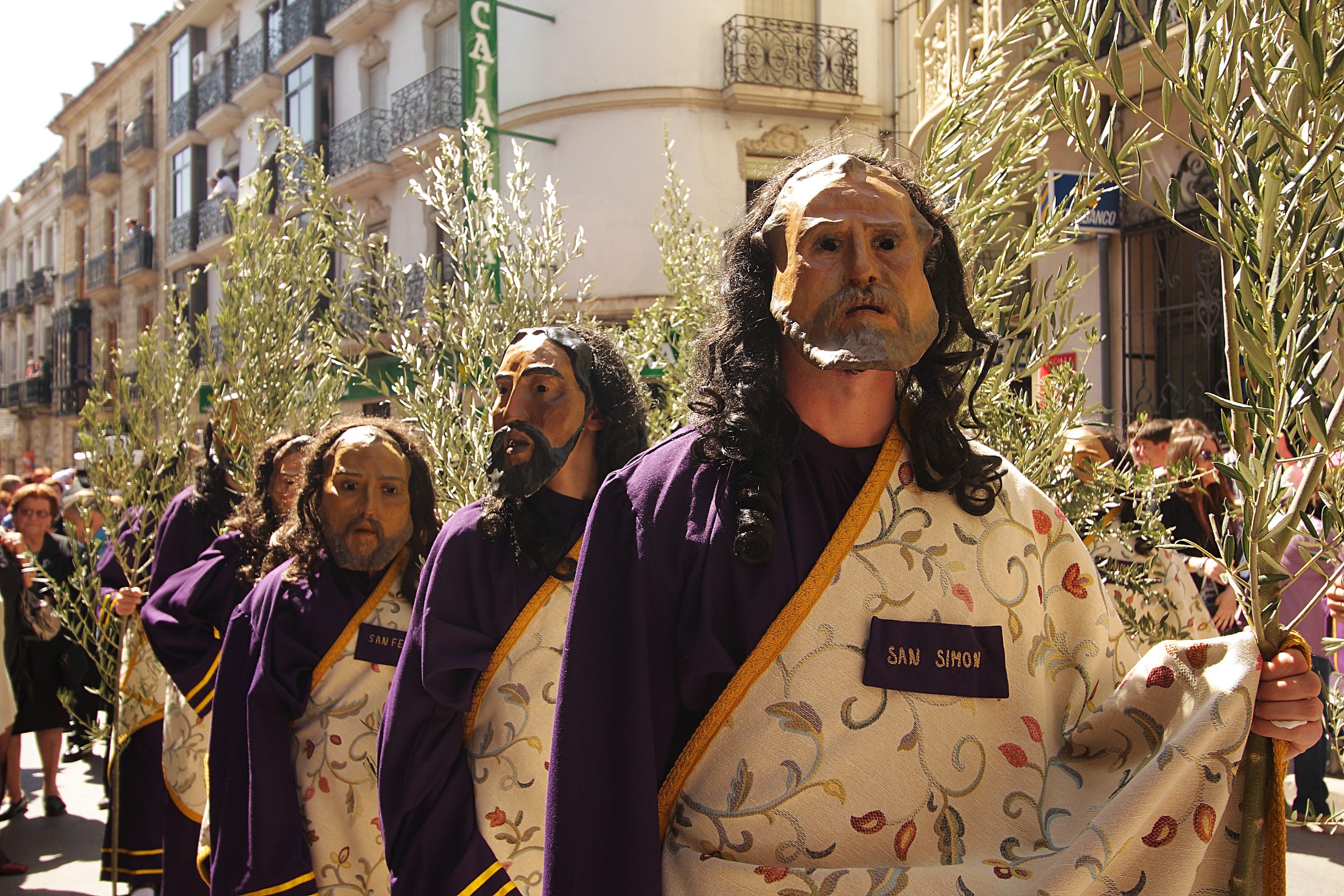 In Alcalá’s Holy Week, past and present, rite and tradition merge. What makes this demonstration genuine is the assemblage of religiosity and popular joy, embodied in the mimic processions, staged or proclaimed that take place in the processional parades, and which have their main manifestation on the morning of Good Friday, where in the streets of historical center the Passion is staged through the processions and the respective proclamations: Simón Cirineo, the Exhibition of the Ecce-Homo painting, the Reos, the Venta de Judas, the Lanzada, the Lavatorio de Pilatos.

Sunday, and Holy Tuesday, the younger brotherhoods make their journey, the Entrada de Jesús en Jerusalén (Borriquilla) and Virgen de la Estrella, and that of Jesús en la Oración en el Huerto and Nuestra Señora de la Esperanza. The Cross of Cristo de la Salud through the Fortress of La Mota, and its suburbs, on Holy Wednesday, is a picture of enormous beauty and fervor.

On Holy Thursday, the Muy Antigua Hermandad del Señor de la Humildad y María Santísima de los Dolores, dates from the seventeenth century, parades together with the Brotherhood of the Apostles and Disciples who perform the simulation of the Holy Supper carrying the sacrificial table, and the Brotherhood of Señor del Ecce-Homo, with its painting of the Flagellate. 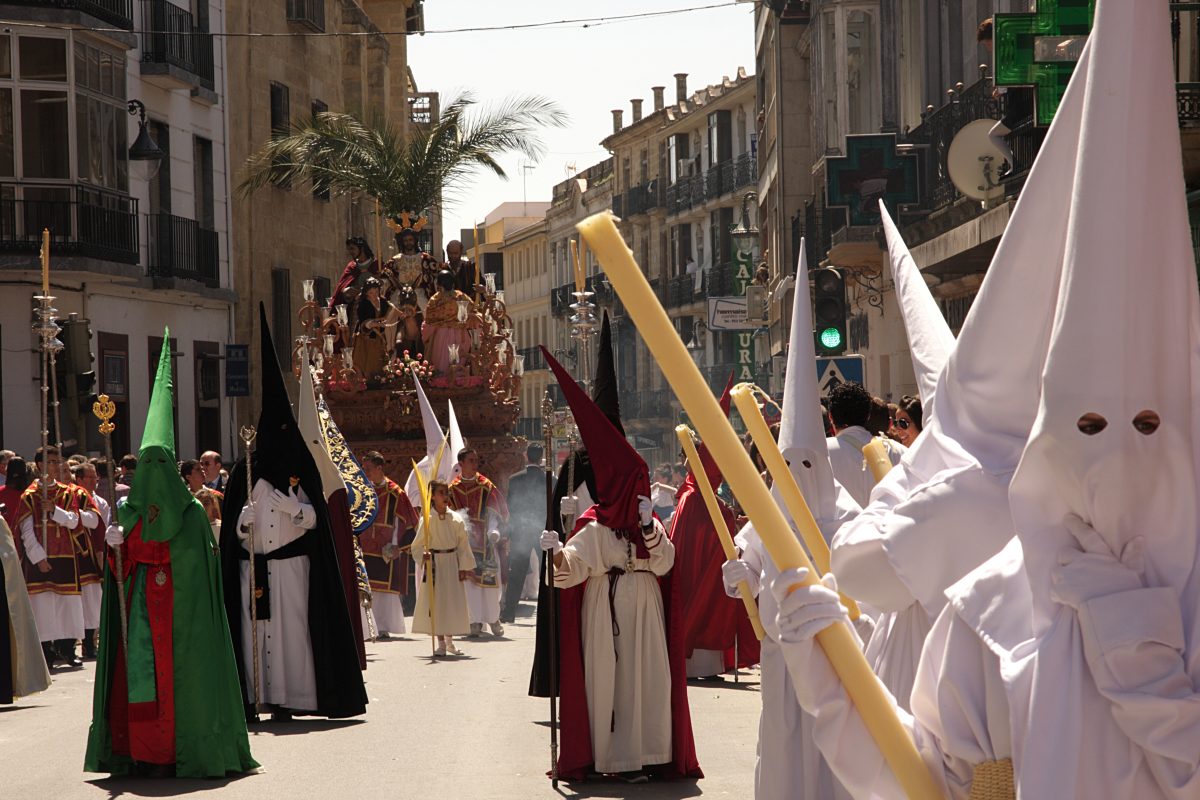 In the afternoon, they come together to parade: the Santísimo Cristo de la Salud and the Virgen de las Angustias. The assembly of the Crucificado and the nobility and elegance of the throne is spectacular. And the meeting between the two is very endearing. At dawn on Holy Saturday, the images of the Cristo Yacente and Nuestra Señora de la Soledad give the night a solemnity marked by silence that is only broken by the sound of the drum and the chains that the penitents drag.

On Easter Sunday, it brings together the Association of Brotherhoods to accompany the image of the Cristo Resucitado, which comes out of the Church of El Salvador.

Origin of the Mimic Steps

It is a fusion of two traditions, the auto sacramental and mysteries that were represented on the occasion of the Corpus Christi and the ingenios, these festive and religious representations that carried out the local guilds and that staged biblical stories and the life, passion and death of Christ, were carried out until the eighteenth century in the temples, helping to spread the Catholic doctrine. The fuss they caused led to their departure outside the churches, using wooden planks as a stage. The evolution of these traditions is at the origin of our current processions proclaimed by streets and squares in the Holy Week.

The precahers of the processions dress naturally, in a black suit with purple trim, a neckerchief and a wide-brimmed hat with a purple ribbon. His sung proclamations are a mixture of poetry and prose, with intonation and musicality typical of monody. In designated places they tell the episodes that occur in the Gospels, in a simple and popular way, according to the mysteries that are presented in the procession.

To the penitents, with the distinctive costume of each brotherhood, it is necessary to add other singular characters, who suppose the peculiarity of the Alcalá Holy Week with the common note of the use of faces or masks. That stands out:

Alcalá la Real is the birthplace of Pablo de Rojas and Juan Martínez Montañés, master sculptors, who were head of the Granada and Seville schools, respectively, during part of the 16th and 17th centuries. From its gouge emerged the most representative works of the early Proto-Baroque and Baroque in Spain and Latin America. 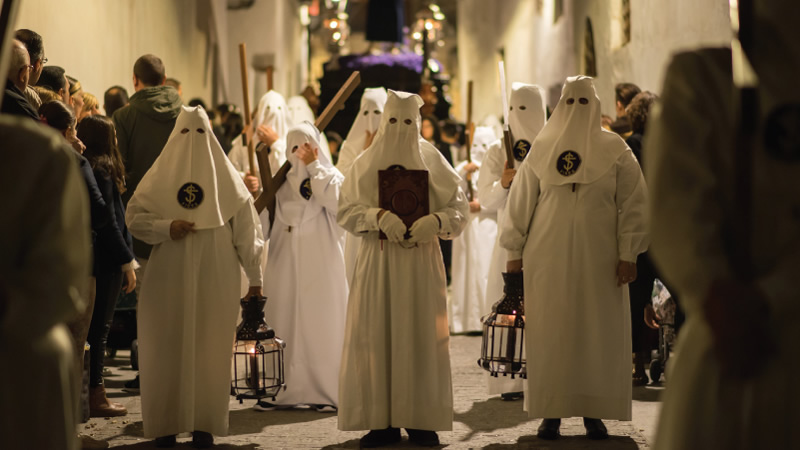 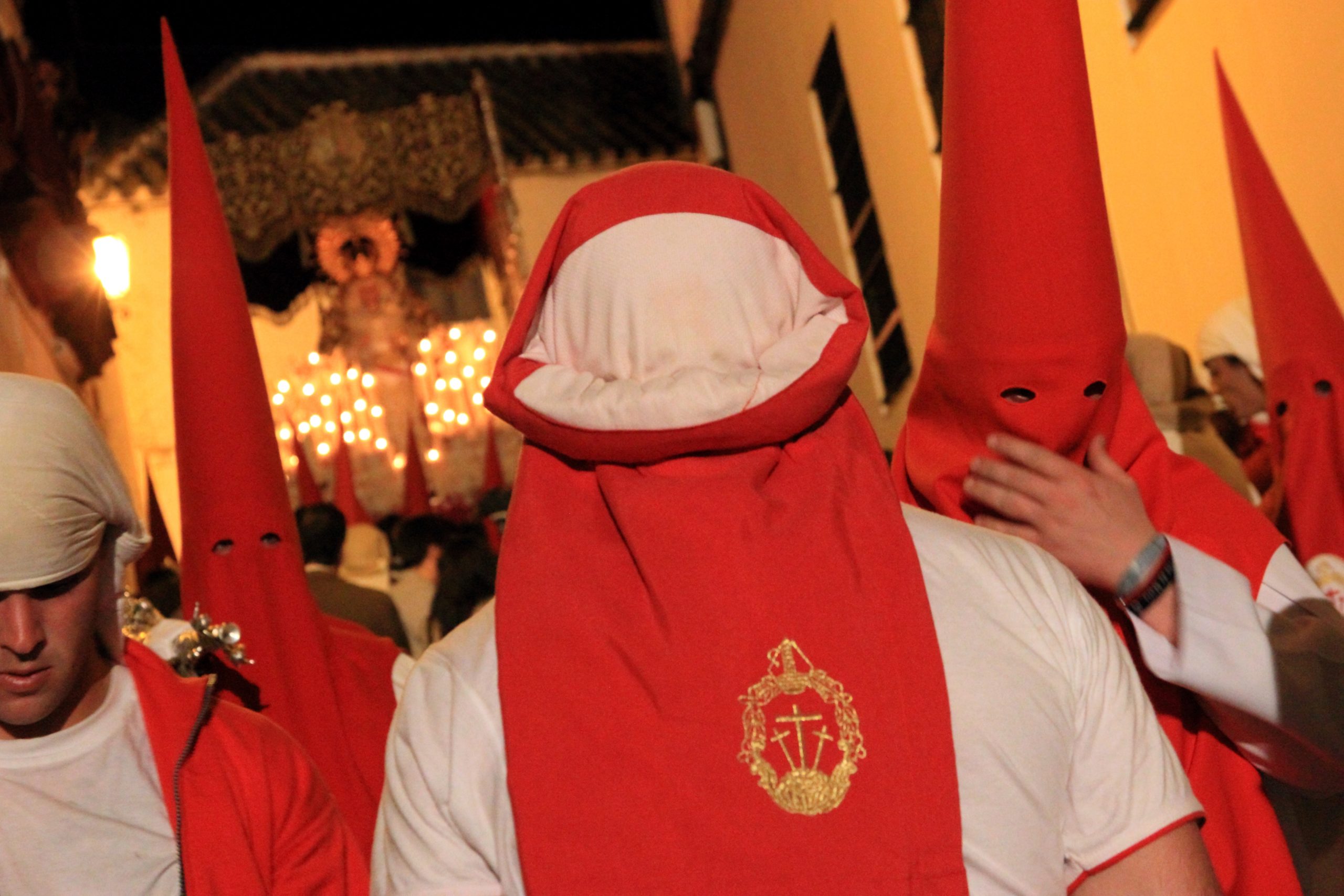