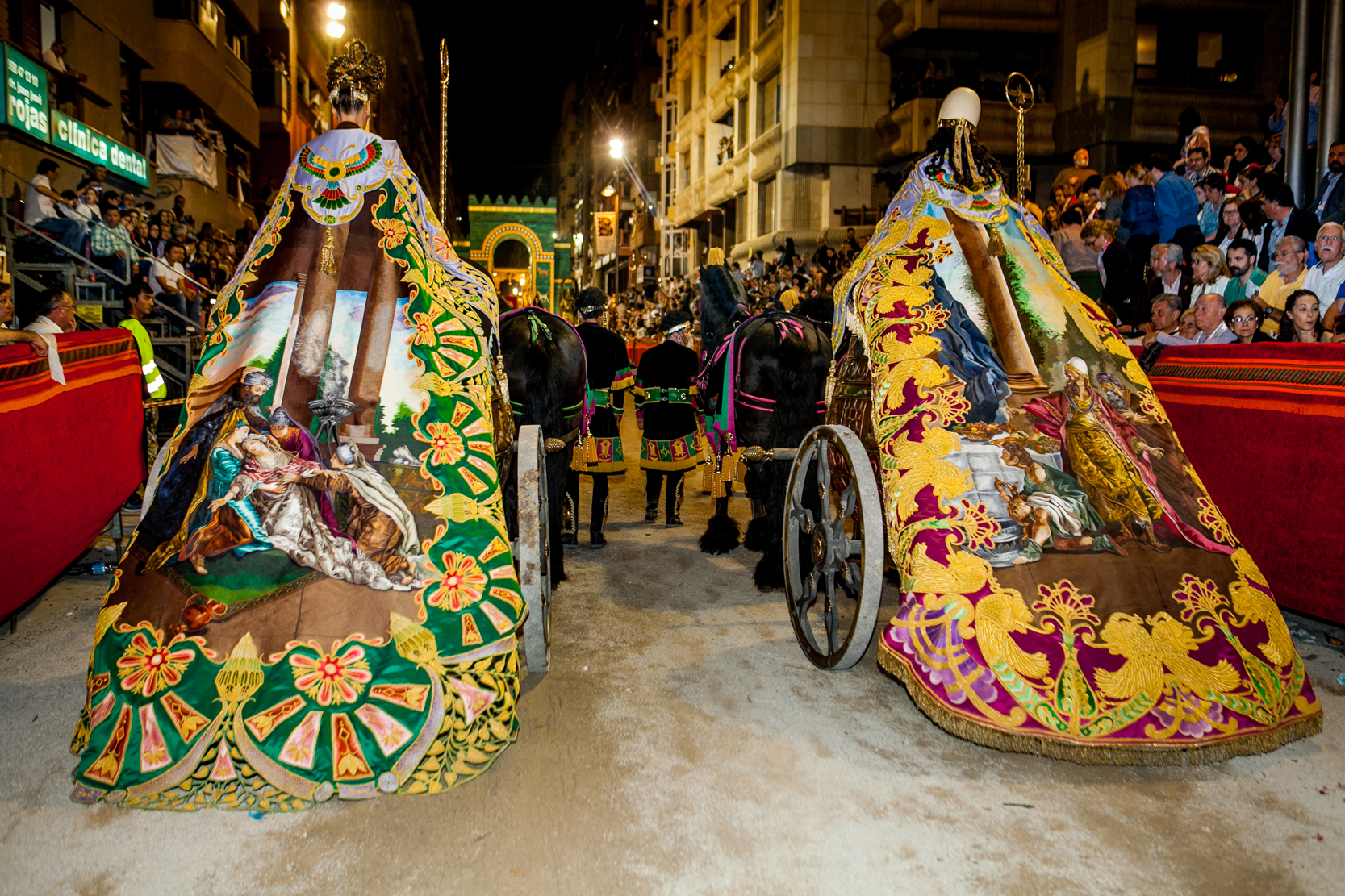 The embroidery of Holy Week in Lorca

Holy Week in Lorca, declared of international tourist interest in 2007, is one of the most unique celebrations on the Spanish Easter ritual calendar. Located in the province of Murcia, this city used by 80,000 inhabitants and with a historic center declared a Historic-Artistic Site, treasures an excellent baroque monumental heritage. It is known for the beauty and spectacularity of its representations and processions. 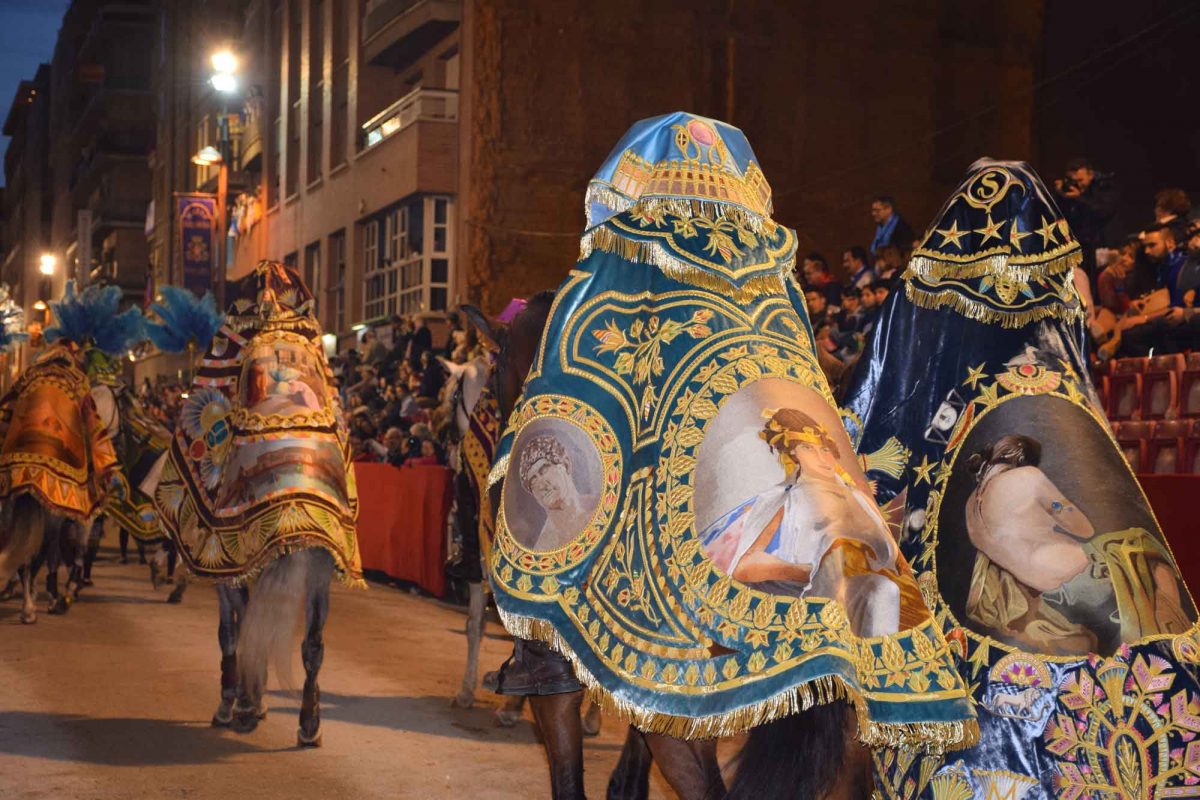 For ten days the city is transformed to host the different events that take place during this remarkable celebration, in which the parades of paintings based on ancient history and sacred history are the protagonists. Although the Holy Week processions have already been documented since the 16th century, these processions have their origin in 1855 when, for the first time, these representations were incorporated; The Entrada Triunfal de Jesús en Jesuralén was the first motif that ran through the streets of Lorca, but new scenes were quickly incorporated. It will be at the beginning of the 20th century when there is a notable increase in them, until reaching the current situation.

A process that would not have occurred without the will of the entire town devoted to the development of these activities, in which the costumes, the setting and the solemnity are the most representative features. And, of course, the participation of the Brotherhoods and Confraternities without whose work and effort to preserve the tradition these representations would not be possible.

To the spectacularity and care in the costumes and representations, we have to add the presence of the floats and horses, these arrived from all over the country, which occupy a special role in the processions.

We must add to all this the beauty of the embroidery that some of the characters carry. Authentic jewels that, by themselves, are well worth a visit to these events. A custom that also dates back to the late nineteenth century when some embroidered clothing was incorporated into the processions, which today have become one of the hallmarks of this Holy Week. The cloaks represent religious or mythological scenes and that have given rise to a truly extraordinary heritage. To the point that these embroideries have been the first textile elements declared BIC in Spain.

These embroideries, made in silk and gold, are undoubtedly an extraordinary heritage, both in the material part of cloaks and tunics, as well as the intangible part based on craft work, the result of a tradition that has been maintained to this day. Throughout the year, the embroiderers of the different processions and brotherhoods work with eagerness to develop risky designs that later, in painstaking work, end up becoming the pieces that are displayed in the processions. 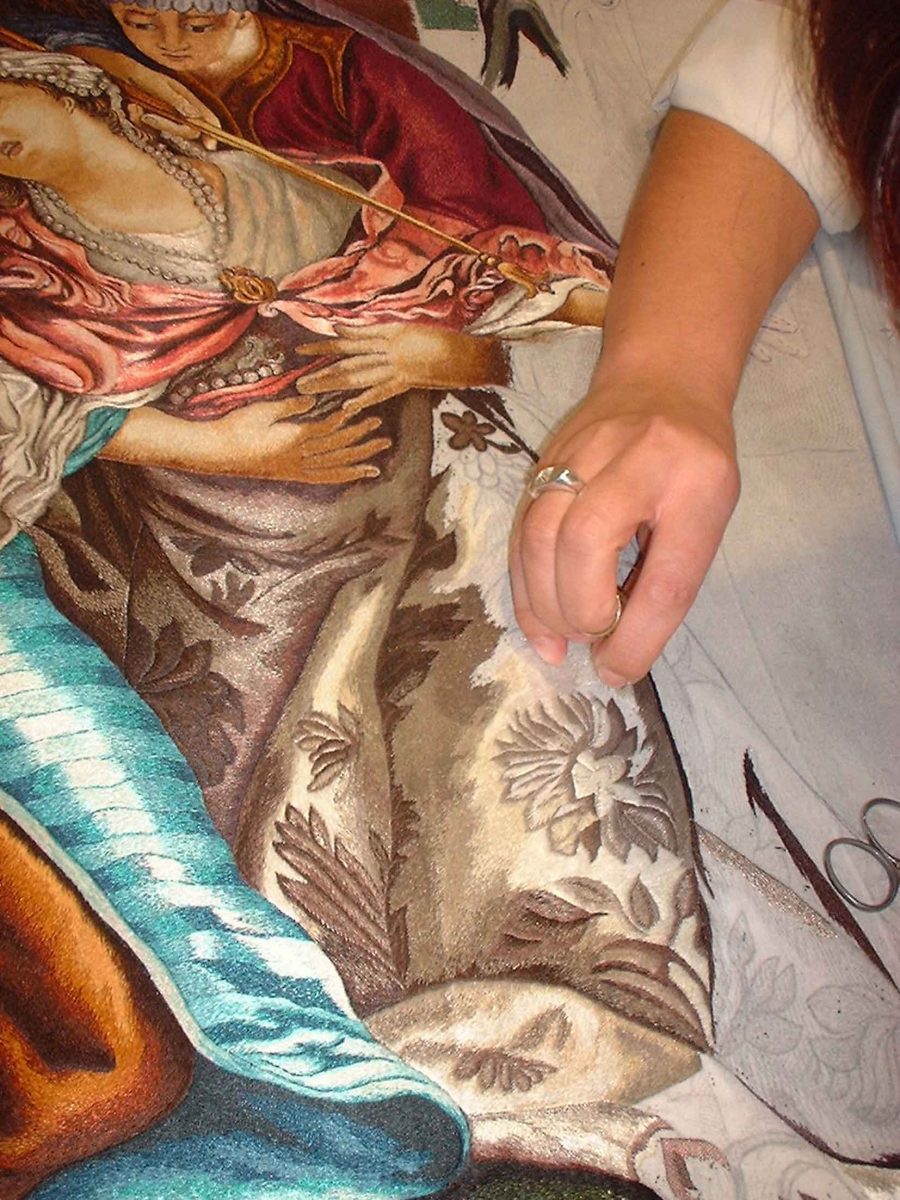 A job that requires technique, skill and taste to transfer the daring drawings to the fabrics. An artisan technique that is transmitted, generation after generation, in the workshops in which, throughout the year, the embroiderers toil in a slow and meticulous work of an artistic manifestation perhaps not always sufficiently known, but which has become one of the symbols of identity of the locality.

A tradition that has broken borders and that, at present, in addition to dealing with the materials of the brotherhoods themselves, a task to which most of the work of their workshops is dedicated, also carries out works for many other places, thus being recognized the great value of these works and getting a great projection for the locality.

A craft that helps us remember the work, effort and knowledge that hides behind each Holy Week and that gives added value to these celebrations from the point of view of their cultural and heritage interest.